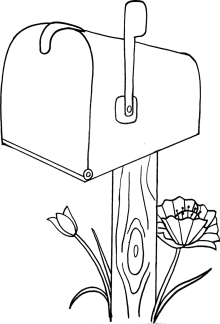 Once upon a time, at 52 Willowtree Place, amongst the plants and water features, there lived a garden gnome named Gobbi. Gobbi’ was the protector of the garden in which he lived. Though, in reality, it was Gobbi and his family’s job to keep the garden safe but they never really did anything to help prevent the insects, cats and rival gnome tribes from entering the garden and using it as they pleased. In fact, Gobbi had learned a long time ago that he was not able to leave the rest of his family in charge even for a minute.

Gobbi was the middle child in his Gnome family. There was Mama and Papa Gnome who no longer worked and now spent their days relaxing by the large Buddha water feature which took up a large part of the front yard. However, they still taught Gobbi and his brothers gnome spells and magic when they had the time and would often decide to go on a holiday at the drop of a hat. Then there was Gobbo. He was the eldest gnome and, due to his reckless behaviour, was banned some years ago from living in the garden itself and was asked to make himself at home on the concrete steps at the front of the main house. Gibbo was the youngest gnome and, while he had a lot of ideas to share, he could never quite figure out how to make his ideas happen. Gobbi spent a lot of his time telling Gibbo that his ideas were great but that he might just like to think them through a bit more before they rushed into anything.

Gobbi and his family lived a mostly happy and relaxed life. The cats usually just wanted to walk through their garden on their way to wherever it was that cats went and the insects mostly just wanted to jump on a leaf for a rest before flying off to try their luck in the backyard. There was, however, one thing which kept this family of gnomes from living a truly happy life, and that was the three gnome sisters from number 54 Willowtree Place who wanted nothing more than to get the round piece of gold that lay at the bottom of the giant Buddha water feature in Gobbi’s garden. The gold had been there for as long as Gobbi could remember and he had heard many stories of its powers. “If the gold comes into contact with a gnome, it will turn a gnome into a human man and a gnomette into a human woman,” Pappa Gnome would tell Gobbi and his brothers. “You must protect it with all of your strength.”

One morning, when Gobbi woke up, he immediately knew the three sisters next door were planning their next move. They had all moved into different locations throughout their yard and Gobbi could see that the gnomettes had cunningly cleared their garden to make it easier for them to attack. He called on his brothers to be watchful, but, as usual when the things got tough, Gobbo was nowhere to be seen and Gibbo had somehow managed to get himself stuck inside the mailbox. Mama and Papa Gnome must have gone to the local golf course again and so it was up to Gobbi, and Gobbi alone, to protect the gold. He prepared himself for their next move. He watched and waited.

Suddenly, Gobbi heard a loud screech coming from the sky above and saw a large eagle circling above his garden. Gobbi thought the gnomettes were even more evil for sending a bird to do their dirty work, but he was ready to fight no matter what. He felt his heart pounding in his overalls and noticed the eagle was moving in a downward spiral towards him and his family. He tried to yell, but no noise would come out and the eagle was now close enough that Gobbi could make out the patterns on its wings. He watched as the giant bird perched itself on the side of the Buddha and tilted its head while looking into the clear water below. Those gnomettes knew the right time to attack, he thought. Frozen with fear, Gobbi could do nothing but watch as the Eagle struck its head into the water and pulled out the gold with his sharp beak. The eagle looked Gobbi directly in the eyes and then flew off into the sky, the glittering gold firmly in his beak.

Gobbi tried his hardest to use the protective spells and magic both Papa and Mama Gnome had taught him throughout the years, but they didn’t seem to be working. He thought about his family and how much they needed the power of the gold. With all of his strength, Gobbi directed the most powerful spell he had ever summoned towards the evil bird.

With another loud screech, the gold fell out from the eagle’s mouth and was heading straight towards Gobbi. He tried to move but he was so exhausted after using all that magic that he couldn’t dodge it quick enough. He closed his eyes and braced himself as the gold headed directly for his little gnome head.