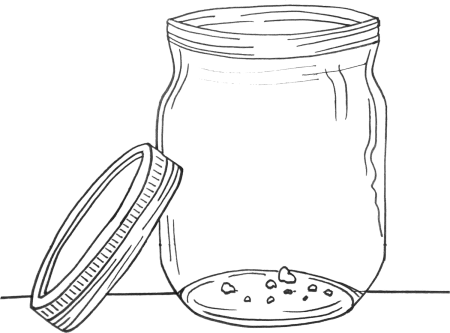 Once upon a time, at a beach with sand as golden as the sun and water as clear as crystal, a family who went by the last name, Chalmers, had completed setting themselves up for the day and were now enjoying the beautiful, tropical scene in front of them. Though still in view of his parents, the second youngest of the Family, Riley, had separated himself from his mother, father and baby brother, Max, and was attempting to make a sand castle using a bucket and spade he had owned for as long as he could remember. The Chalmers were watching Riley’s deceptively innocent activity, occasionally laughing about how “cute” it was, all the while, blissfully unaware that Riley had every intention of building a sand castle so large that he would be able to live in there forever.

Riley wasn’t unhappy at his family’s home, though, yesterday morning, he had taken a chocolate chip cookie from the jar on the kitchen bench, labelled ‘Cookies’, without asking and, as a consequence had been grounded for the entire day. Riley now felt more than a little bit angry about living at home and had planned to move into a house where he made the rules the very first chance that he had, and, as luck would have it, today presented that very opportunity. He had everything he needed for the move to happen; a bucket, a spade and a set of rules he had developed while sent to entertain himself in his bedroom for who-knows how many hours the day before.

Riley repeated the rules to himself as he angrily shovelled sand into his bucket, digging and emptying sand as he said each word through his teeth.

Riley’s sandcastle now had a base.

Now the walls were complete.

Patterns were etched to the outside walls using the end of his shovel.

A door and two windows were added to the castle and Riley took a moment to admire his work.

By this stage, Riley’s mother and father had taken Max down to the water for his first time playing in the waves and were dividing their attention between monitoring Riley on the shore and listening to Max’s giggles. It was only when Riley was heading off towards the trees to gather sticks and leaves for the roof of his sandcastle, that his father noticed the impressive structure Riley had built while they were playing with Max. While staring at the house, Riley’s father got his wife’s attention by tugging at her shirt. Before the shock set in, Riley’s mother took hold of Max and stared at what their son had created. As if in a trance, they trudged their way out of the waves and headed up to the beach to see their son.

During this time, Riley had found some perfectly-sized sticks and beautifully shaped leaves for the roof of his sandcastle house and was walking back when he noticed his parents and Max waiting at the front entrance. The four Chalmers stood and looked at each other for a moment before Riley began putting the sticks and leaves on his roof, repeating his final rule as he placed each one down.

His mother explained that she thought it was time that they packed up their things and went home. Riley, however, had other plans and stormed into his sandcastle and sat down on the floor. It was crowded, but at long last, he was the one making the rules. Riley’s father felt the waves starting to lap at his feet and made the bold announcement that, if Riley thought he would be happy in his new home, then they should let him be. His mother also felt the waves creeping beneath her feet and reluctantly agreed. Riley watched as his family walked towards their belongings and were starting to get ready to leave as if nothing had happened. This only made Riley more confident in his decision to remain at the beach forever. Just as his family had nearly finished packing up, Riley noticed water starting to creep in through the front door. He added more sand to the entrance to try and stop the water from coming into the sandcastle but, despite his best efforts to mould the sand, it was too wet to stay where he placed it.

The front wall was the first to collapse. Riley watched as the sand gave way to the water coming up into his house, making the walls crumble under the tiniest of forces. The roof was sagging and Riley made the decision to run out of the sandcastle just as the remaining three walls came crashing down. He stood and watched as his home disappeared into the water then turned to see his family watching him as he grudgingly walked over to them. Once there, his mother asked him if he would like some ice cream on the drive home. Riley took a deep breath and replied that he would love a chocolate chip flavoured ice-cream, provided his parents grant him permission.