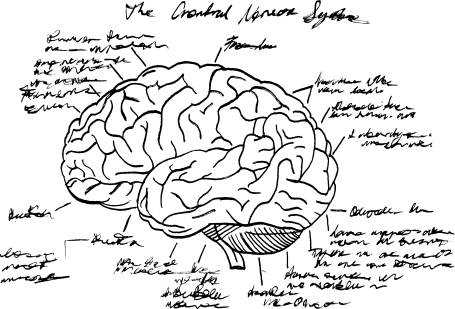 Once upon a time, a caring and empathetic heart had been given the job of working inside an extremely lucky body. The heart performed her role with considerable care and dedication, eventually finding a great friend inside the body. Known only as the mind, the two of them created a strong bond from the day they met, and the heart could tell that the body depended on the two of them to work together. The heart was convinced there was little that could divide the two of them, but, as with all valuable relationships, the heart and the mind were to have their friendship tested with nearly disastrous consequences.

The heart and the mind dedicated most of their first years together keeping the body alive. The heart would beat much faster back then, and the mind didn’t have a great deal of knowledge to draw on, so it took the two of them several years to learn to listen to each other’s advice. The heart convinced the mind to experience something new every day and, while the mind was resistant at first, he was successful in persuading the heart to take most matters slowly, as there was often no hurry and no reason to do something which may harm the body they worked for.

As their connection deepened over time, their relationship became more about filling the body with delight during everyday activities and, after only a few short months together, the heart and the mind discovered the joys of what could be accomplished when they worked in harmony. The mind informed the heart that this was such a powerful relationship they should give this feeling a name. There was little disagreement between the two of them when the heart proposed the word, ‘love’. Love became the word they used when they saw those who had brought them into this world or those who had shown them kindness. They used it when they saw a creature in need or to sounds such as music or hearing a story being to read them.

The heart discovered that she had influence over the mind and was able to convince it to attempt things it might not otherwise have accomplished. If the heart mentioned to the mind that he should learn a new skill, then the mind would trust in the heart’s advice, often with positive results. The two of them were soon to discover, however, that the heart’s judgment was not always right.

The heart and the mind grew closer and closer and, one year, they discovered that they had fallen in love with another body’s heart and mind. For a time, everything was blissful, and the mind and the heart were convinced they had achieved everything they had worked hard for, always reminding each other how happy they were and how they couldn’t imagine anything more wonderful than this moment. Over time, and for reasons neither of them could comprehend, the mind began getting agitated. For the first time, the mind and the heart were at odds with each other. Their love became replaced with anger and sadness and they refused to interact for what felt like an eternity. The heart struggled with the pain of their disconnection and the mind refused to give the heart the attention she desired. Eventually, the pain the heart experienced became so great, and the weariness the mind felt so exhausting, that the heart broke right in two.

Without the heart, the mind became progressively joyless, caring only about mundane events and having just enough energy to get through a day. The heart knew their relationship was too significant to let this pass, so, taking the advice that mind had once taught her, she took a step back, and, in her fragile and healing state, rebuilt their friendship a little piece at a time. She reminded the mind of everything they had loved in the past that still remained and how much pleasure those feelings had brought them. Above all, she reminded the mind that they could not give up on each other. Loving something was always going to come with a risk and their job, she told him, was to look after each other no matter what. The heart’s patience was rewarded the day the mind helped the heart become whole again, ready for the two of them to love and live as one for years to come.

P.S – Just a little note to say how proud I am to have made it to 100 stories in 100 days! Thank you so much for your support. Even though I write every day, I will always struggle to find the words to tell you how awesome you all are… Here’s to the next 100!

Join 1,860 other followers
Follow The Daily Tales of Gregg Savage on WordPress.com